I’ve been meaning to write about this topic for a long time, but I’ve been procrastinating. I don’t know if I’ll be working in a corporate environment forever, so I thought it might be insightful to jot down a few notes about how it’s so different from other types of companies that I’ve worked at.

As a foreword, I’ll admit that not all of these points are specific to corporate environments, but I find that they crop up more often than not.

The moment you come into any sort of leadership role, there will be many eyes on you. A stray word, comment, look, or even gesture can be easily mistaken for often more sinister intentions. Maybe it’s my own pessimistic perspective, but a coworker having a snide comment means a lot less to me than someone in a management position. Of course, we’re all human and we’re entitled to our own opinions. Part of the burden of leadership is coming to terms with the weight of your words and the position that you put other people in.

When I was younger, my principal pulled me aside and tried to get me to confess/explain a certain situation that put others in a negative light. In order to sweeten the deal, he offered to give me a free basketball. If we were equals, this may have been okay. But the fact of the matter was that we were not and that he was a superior. This was more akin to bribery than anything.

So, if you’re ever in a leadership position, hold your tongue. Both your silence and words mean a lot, and there’s nothing that breaks morale better than a disparaging comment. 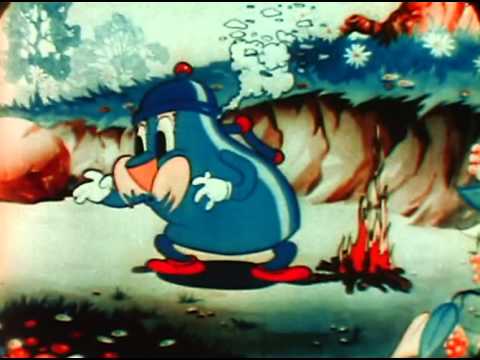 As hoomans, we fear change. Recently, we went through quite a bit of a stir when corporate re-arranged the organizational chart. We had some people step down, both mid-level management and under. There was definitely panic in the air. Is there still hope? Should we start looking for work? Management began to schedule 1-on-1’s with key individuals on the team, in order to entice them to stay the course and ride out the panic. They asked for what would keep people interested in the work; what would motivate them to stay. Tied to point #1, it certainly didn’t help when other people in management began discussing their plans for departure. Way to instill confidence.

At least from the ground, it became very apparent to me that the best way to assuage the panic was to address the elephant in the room. But more important than that is the action that follows. No one particularly cares for words of assurance. They care for action and for proof that the company is doubling down as opposed to fleeing for the hills. Show me that you believe and I will try to see your vision. If you can’t even give me that level of confidence, there’s no reason that I should be listening.

Don’t outsource super key product features. Period. Period. It’s a very quick way to destroy your in-house team and ruin their day. It shows 0 confidence in their ability and will often lead to feelings of resentment and anger. Think about the sort of message that is being sent to the team.

We want you to continue to make us money while we build the new world without you. Once it’s built, we want you to support whatever terrible/great architecture decisions they’ve come up with and you’ll have to live with the maintenance, forever.

In-house is too expensive, so we’ll just cut a bunch of people we’ve been growing/developing into leaders and hire 10x the people in a cheaper country.

Leave outsourcing to maintenance work with lots of direction/guidance or else, make sure to invest in full-time senior engineers to walk them through the design. Oftentimes, it seems faster just to do the work of 10 people myself than to have to explain to them and have them do it incorrectly/sub-par.

Give your people a vision to believe in and let them run the show. Micromanaging will fail and you will suck the creativity and unique perspectives of your employees with that sort of management style. If you don’t provide a roadmap for everyone to align on, you’re essentially throwing money to the wind and hoping that it will come back to you as ROI. Give people a clear idea of what your target is and help them along as needed if they get stuck. But remember to shoot high.

These are just a few of the thoughts that I’ve been brewing for ages. Let me know what you guys think!

P.S. Also, it’s taken me about 40 minutes to write 3 minutes worth of content. Wild.